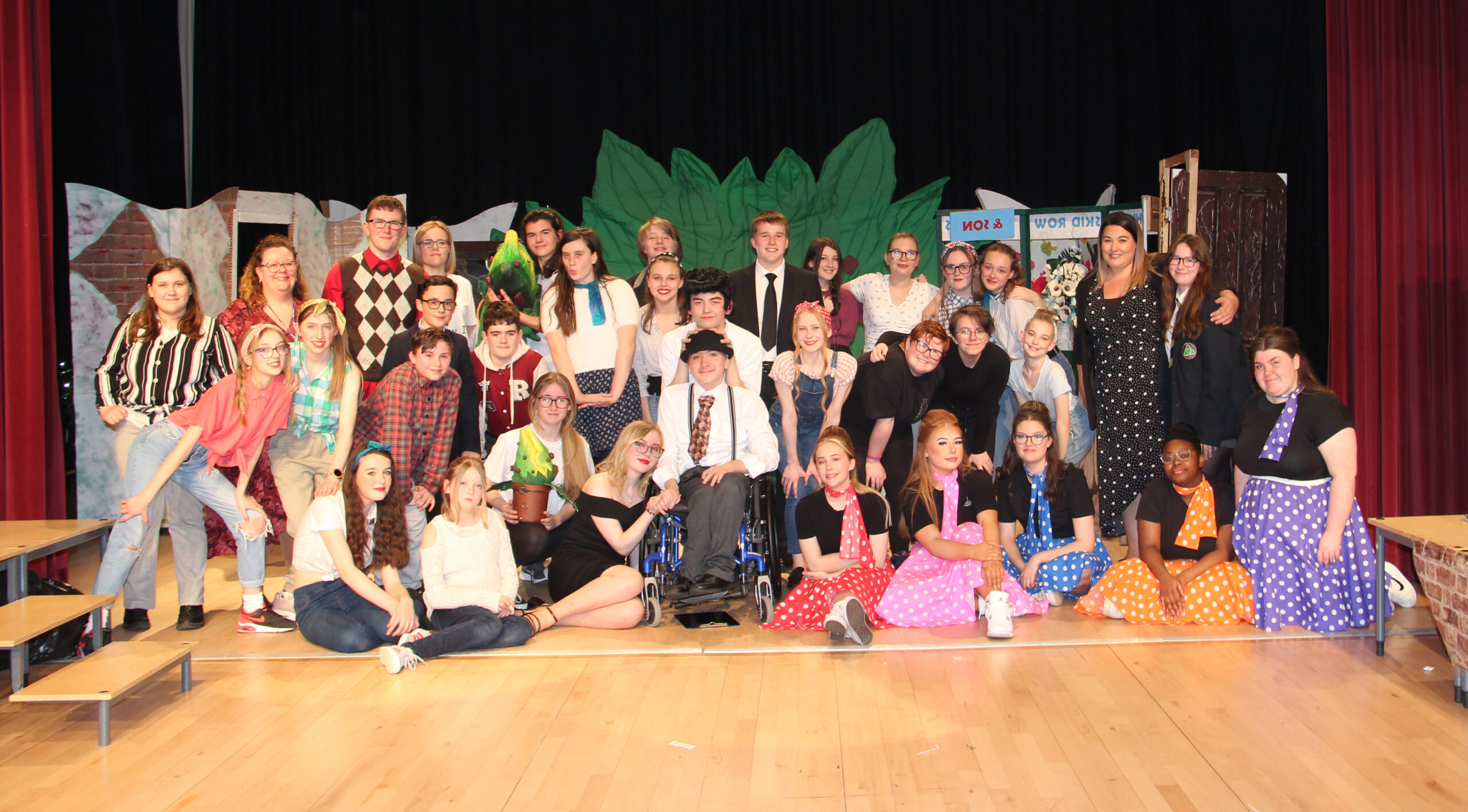 Holy Trinity’s long awaited production of Little Shop of Horrors was pure unadulterated entertainment from beginning to end. The show brought some shock talent which until recently was under wraps. It was great value for money and I would pay triple the price. I have paid more money to see worse shows by professionals.

The costume design was immaculate and the choreography was perfect for the dance numbers. The set was minimalistic but did its job stupendously. The sound and music were perfectly done. The play-script was surprisingly deep and took on some dark themes for a show about a talking plant that eats people. This was aided by the seamless puppeteering that brought Audrey II to life, the voice of which was perfectly performed and really brought the creature to life.

The casting especially of the main characters of Audrey, Seymour, Mr Mushnick and Dentist Scrivello was perfect. You could practically feel the chemistry between the cast members including the amazing actors in the chorus.

The effort since September was clear to see by everyone from back stage, front of house and obviously the cast.

In conclusion, the show was excellent. As an ex Venus flytrap owner myself, it justified me killing them by accident.

I can’t wait for next year!

Very good show, you should be proud of the children and staff. Enjoyed it very much.

Amazing performance from all the cast and amazing effort and time put into all the rehearsals.

It is an amazing show. The actors are all fantastic, loved it. So funny!

Brilliant production. A credit to the school with superb acting. Well done everyone!

Just amazing! Such a wonderful show with amazing cast and crew and a pleasure to watch. Well done everyone. Can’t wait for the next one!

Lovely experience with great music, acting and show. Nice food and overall I would watch this a million times over.

Amazing singing! Sounded like it was all from the heart and a lot of joy.

A brilliant production! It was really well put together, the cast and all the others did an amazing job. i really enjoyed it and I’m looking forward to the next production. Great job!

It was brilliant and a pleasure to watch. Can’t wait for the next one. Well done!

Absolutely brilliant performances from everyone. Really enjoyed it!

About the Author: Jonathan Cawston